This'll teach me for not not doing an IMM for a couple of weeks... I end up with loads of books and stressing over producing a super long post that you'll all get bored of half way through and not bother to look at all the books. So, to counter this probable problem, I'm putting my best books at the end of this list - so ha! You'll have to scroll down right to the end.

I should also point out that I'm writing this whilst watching Dr Who re-runs, so excuse the spelling/grammar mistakes, it's all River Song's fault. 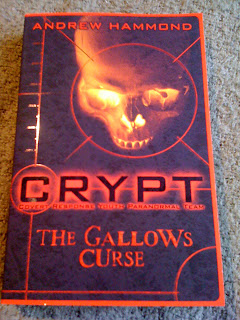 The Gallow's Curse by Andrew Hammond
When a brutal crime is committed...
But there's no human explanation...
Who can the police turn to?
C. R. Y. P. T. (Covert Response Youth Paranormal Team)
This secret MI5 division recruits teenagers with extra sensory perception. CRYPT agent Jud Lester and the team crack these cases using their innate talents and state of the art technology.
Terror has seized London. People are dying in vicious attacks. But those who survive agree: the killers, bearing the scars of the hangman' noose, materialised out of thin air.
CRYPT has been dispatched, the hunt is on...
Released: September 2011 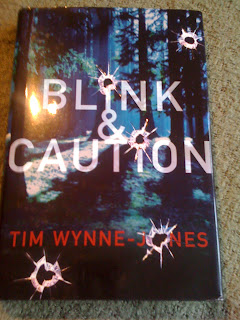 Blink and Caution by Tim Wynne-Jones
Blink, man, what were you thinking? Sneaking into the hotel for a hot breakfast - hot scraps of someone else's breakfast, really. Couldn't you just feel that it was a wrong place/wrong time scenario? Even before you heard the banging and saw those dudes in suits jet it out of room 1616? Now you're not only witness to a crime; you're linked to it, thanks to the smartphone you were stupid enough to jack from the room.
And then they're Caution. As in "Caution: Contents Under Pressure." She's also on the run, from a skeezy drug-dealer boyfriend and from a nightmare in her past that won't let her go. The last thing she needs right now is some skinny-ass street punk spouting crazy conspiracy theories, but something about Blink tugs at her heart - a heart she thought deserved not to feel.
Charged with suspense and intrigue, this taut novel follows two compelling characters as they forge a fated, tender partnership.
Published in the UK: 2012 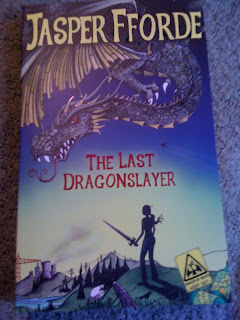 The Last Dragonslayer by Jasper Fforde
In the good old days, magic was powerful, unregulated by government, and even the largest spell could be woven without filling in magic release form B1-7g.
Then the magic started fading away.
Fifteen year old Jennifer Strange runs Kazam, an employment agency for soothsayers and sorcerers. But work is drying up. Drain cleaner is cheaper than a spell, and even magic carpets are reduced to pizza delivery.
So it's a surprise when the visions start. Not only do they predict the death of the Last Dragon at the hands of a dragonslayer, they also point to Jennifer, and say something is coming. Big magic...
Released in Paperback: 15th September 2011 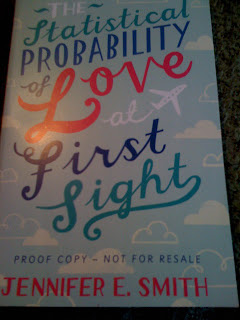 The Statistical Probability of Love at First Sight by Jennifer E Smith
Ever wondered about the probability of falling in love at first sight? Two people are about to find out...
Meet Hadley. She's feisty and romantic, yet vulnerable. She's also about to miss the flight from New York to London for her father's wedding to a woman Hadley's never met.
Meet Oliver. He's sensitive, witty and charming. He has his own reasons for not wanting to fly home to London.
They're about to embark on the flight of their lives.
Released: January 2012 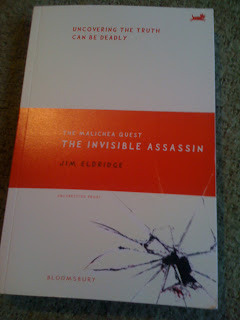 The Invisible Assassin by Jim Eldridge
When Jake Wells is sent to cover a seeming 'non-story' of some demonstrators who are agitating against the construction of a new University Science block, he is unimpressed. But what Jake sees there is shocking and terrifying...
And then sinister things start happening: Jake is 'accidentally' pushed, almost falling under a tube train; Lynette, Jake's girlfriend, has her computer stolen; and then Jake returns home to find a dead body in his flat and is accused of murder... Can it be anything to do with his discovery of the ancient and secret Order of Malichea?
Who is trying to prevent Jake from finding out more? Is it the British government? Or other, more sinister agencies?
Either way, Jake must fight for his life to escape a web of intrigue, danger and murder...
Released: 12 April 2012 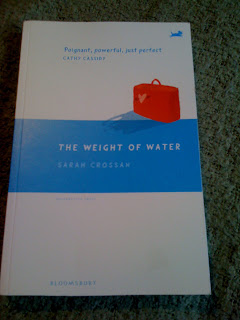 The Weight of Water by Sarah Crossan
Armed with a suitcase and an old laundry bag, Kasienka and her mother head for England. Life is lonely for Kasienka. At home her mother's heart is breaking: at school friends are scarce. But when someone special swims into her life, Kasienka learns that there might be more than one way for her to stay afloat.
A beautiful, unique story, which will make you sad, happy and amazed.
Jump in.
Released: January 2012 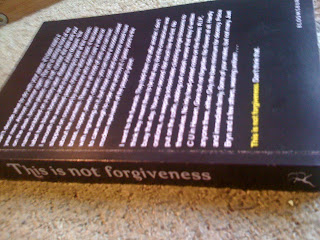 This is Not Forgiveness by Celia Rees
Caro: She's beautiful, impulsive. And trouble.
Jamie: He wanted her to notice him. Can't believe she did.
Rob: Back from Afghanistan. Wounded. Secretive. Out of reach. Except with Caro. He lets her in.
Over the course of one summer, their lives collide and entwine with dangerous results.
The brightest flames always leave the deepest scars.
Released: February 2012 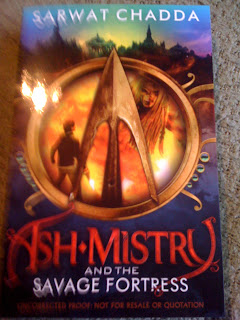 Ash Mistry and the Savage Fortress by Sarwat Chadda
Varanasi: holy city of the Ganges.
In this land of ancient temples, incense and snake charmers...
Where the monsters and heroes of the past come to life...
One slightly geeky boy from our time...
Is going to kick some demon ass!
Released: March 2012 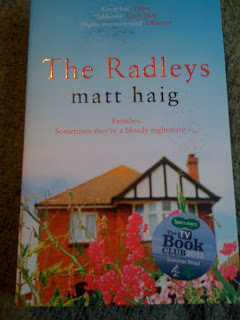 The Radleys by Matt Haig
Life with the Radleys: Radio 4, dinner parties with the Bishopthorpe neighbours and self-denial. Loads of self-denial. But all hell is about to break loose. When teenage daughter Clara gets attacked on the way home from a party, she and her brother Rowan finally discover why they can't sleep, can't eat a Thai salad without fear of asphyxiation and can't go outside unless they're smothered in Factor 50.
With a visit from their lethally louche uncle Will and an increasingly suspicious police force, life in Bishopsthorpe is about to change. Drastically.
Released: Out Now! 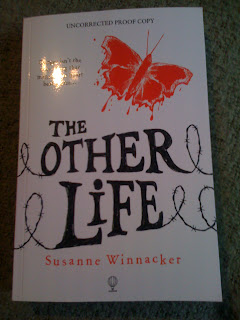 The Other Life by Susanne Winnacker
3 years, 1 month, 1 week and 6 days since I'd seen daylight. One-fifth of my life.
98,409,602 seconds since the heavy, steel door had fallen shut and sealed us off from the world.
The seeds of first love are sown amongst the death and destruction of a nightmare future in this incredible debut YA novel.
Released: February 2012
=============================
Hopefully you managed to extrapolate that I put the books on in order that they were piled on my desk, not in order of awesomeness. And there is an awful lot of awesomeness there, don't you think?!

Anyways, comments welcome, let me know what you're looking forward to!